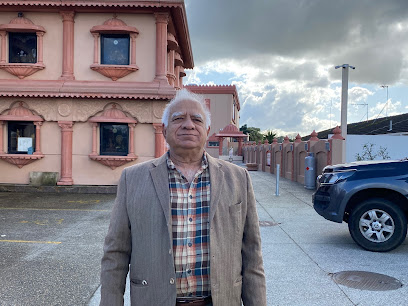 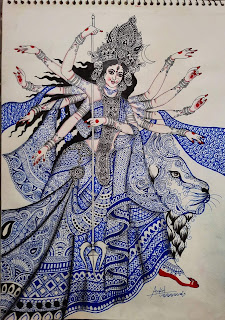 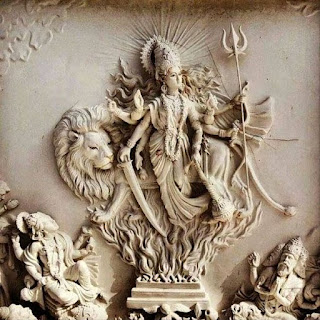 “Hinduism preaches nonviolence and means to minimize conflict. Hindutva is a political tool to achieve Vasudhaive Kutumbkam for peace and prosperity. In Kaliyuga deterrence is necessary to infuse, inculcate, ingrain, and sow the seed of love and affection.

Dharma is not a religion as written by Sarvpalli Radha Krishna. Hinduism derives its power from Srimad Bhagwat Geeta, which is again difficult to understand as Gita is always new and its Shlokas can be interpreted differently. Interpretation of the Gita depends on the knowledge of the reader and analyzer.

Read my book on technical and scientific analysis of Srimad Bhagwat Geeta, in which I wrote there is no God. Exploiters use the name of God to exploit others. It directs that each author writes differently about Gita, in other words, Hinduism.

Hinduism is the sea. Hindutva is only a droplet of a sea. Hindus are the different rivers joining together. Hindutva cannot preach Adharma (अधर्म ), in other words, violent Ideology or extremism as propagated by many authors which are included in my blogs and websites.

Today is Guru Purnima. Indians (Hindus) respect teacher (Guru) more than God, for Guru is not an ordinary man. His knowledge is his wealth. Chanakya says "if my knowledge has strength I shall create Kings to support me." Teachers, known as Gurus, academics, or brahmins, are selfless workers who create nations. "A teacher is never an ordinary person; the creators and destroyers both play in his lap." Academics change the road map of the nation for the good and bad. 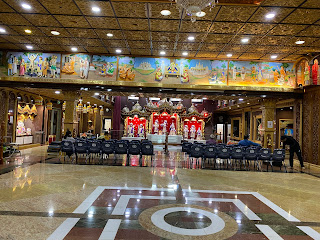 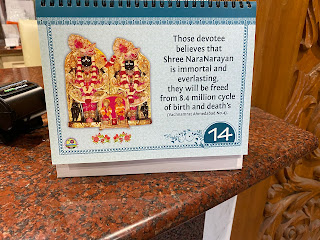 Hinduism is not unipolar. It is multi and multi-polar. There is no starting and no end. It is confusing for many but simplistic for some.
Sadguru tweets
#GuruPurnima is most significant for those on the spiritual path. On this day, Adiyogi reminded Human Beings they are not a fixed life. For those willing to strive, every door in Existence will open. May you strive joyfully & know the Grace of #Adiyogi. Blessings. -Sg
https://www.facebook.com/Vedicteacher/posts/pfbid02QzyJRZQP59sWMaK7GmbgpHjkdise2EbnBYahQcgyAgaGhWo2J6tF2Yg88qmMAsvdl

Ernest Renan said that three things constitute the spiritual principle of the unity of a nation; memories from the past; the desire to live together; and the perpetuation of the heritage. Thus, the cultural centredness that “the west” has ascribed to itself is in question.

"This conference is an Audrey Truschke-generated-and-led white supremacist attack on Hindus; and she is willingly accompanied and sheltered by a raft of brown decoys, also called sepoys. The pusillanimous Truschke is an associate professor at Rutgers University. In quite jejune sleights of hand, The New York Times, The Washington Post, The Economist, Slate , and The Atlantic, for example, regularly publish fallacious and belligerent anti-India pieces, written by the aforementioned decoy brand of Indians, or people of Indian origin. Thus, Priyamvada Gopal, a militant scholar, who teaches in the UK, puts out a rabid tumbril tweet: “Really am at the point where I would like to invite Western countries to block naturalization for Hindus. Snatch their precious little H-1Bs. Sickos.” Witness her elitism – even as she battles elites at her university – and her scabrous condescension towards India’s H-1B visa holders.  US immigration authorities are not likely to pay heed to her unsolicited advice. Another example of a participant in the thrall of an obscene obsession with the anatomies of Hindu gods is one Meena Kandaswamy.

These are the latter day colonists who fabricated, and wish to continually fabricate, the colonized Hindu subject. But the Hindus have fared forward, and in ways incomprehensible to them: they have protested and dismantled the claustrophobic constraints that have been imposed on them for centuries.

Armed with incontinent hate, vile rhetoric, and frothing and fulminating, the participants in this three-day online conference are seized of a particular brand of megalomania: they wish to legislate the world, and one of the roads they will traverse in their pursuit is by dismantling global Hinduism (this agile cat has leapt out of the bag, as their pretence about only attacking Hindutva has fallen to powder). Its participants wish to decolonize the world. Decolonization is a good thing (and the subject of not one, but several future articles): it is warranted, in many fields; but if solo university professors— or a clutch of them— declare, in a hissy fit, that they will decolonize the world, that is not such a good thing, because it is far from being realistic or attainable.

In the interim, however, the conference will certainly generate dangerous xenophobic hate and violence towards Hindus, Indians, and India, through strident misrepresentation, distortion, and malignancy. Notwithstanding multiple, sustained, and anguished pleas from the distinguished Non Resident Indian (NRI) community in North America, as well as US and Canadian citizens of Indian origin, this conference is insistent about disseminating myths and falsehoods, and, thereby, puts millions of innocent Hindus, and, in particular, our numerous bright and diligent students, in a harm›s way.

The organizers of the conference have run into some serious issues with credibility, and, as a result, it is looking more jerry-built than ever. Their website initially displayed the logos of some 40 universities, which they untruthfully declared were sponsors. Alas, upon being apprised of the Hinduphobic nature of the conference, as well as the harm that might well be unleashed on the Hindu diaspora— comprised of successful, hardworking, and brilliant students; and a peace-loving, professionally outstanding, and most highly educated and admired community across the United States and Canada— a bunch of universities wrote to Truschke asking that their logos be removed. It turns out that these universities were never sponsors of this conference: departments or lone faculty members in these institutions were. Harvard University, for example, wrote to Hindu organizations in the USA, offering an apology for being a party— albeit unwittingly— to Hinduphobia, and is exploring the legality of the use of its logo. Similarly, Stanford wrote in, and many universities followed, and, therefore, the credibility of the conference has taken a fair and irreversible beating. It has only become more amateur and ad hoc, as new names are added each day.

A few days, and a little bout of hustling later, other logos were up on the conference’s website, which, Houdini-like, appears and disappears. There is no transparency about this conference, no call for papers, and no scholars who might proffer a support of Hinduism: there is only a line-up of immaculately vicious Hindu- and India-haters as speakers. One of them is a member of the Communist Party of India (Marxist-Leninist) Liberation, which has never won a parliamentary seat in its history and has a trajectory of staggering violence and brutality. She writes rather poor prose and is likely to be found wherever there is a protest in India that might grant her fifteen minutes, or a little more, of Warholian visibility.

Ironically, this conference does not represent a billion Hindus, and its white and brown-sahib speakers – as well as their colleagues across the world – are guilty of “being buttressed by a cultural discourse relegating and confining the (Hindu) to a secondary racial, cultural, ontological status.” (Said) Thus, they are wilfully exercising privileges, via interoperating codes, through which they now want to be the architects of societies, and guide and misguide them.

They wish to exercise their privilege and power over a billion Hindus without their permission. A billion Hindus do not speak their convoluted language, and I don’t believe they would ever wish to. How can you presume to speak for one-eighth of the population of the world which has never heard of you, and doesn’t comprehend – and will likely never comprehend – your theories and your arcane language? What is it that entitles a supremacist claque to tamper with one of the oldest and most beautiful faiths in the world?

In this welter of hate, untruths, bullying, and shrill self-righteousness, a beautiful poem by the great medieval Kannada Virashaiva saint-poet, Devara Dasimayya (Translated by AK Ramanujan) :

To the utterly at-one with Shiva

is the true Benares,

The Virashaiva saints are nirguna bhaktas, relating personally and passionately to the Infinite Absolute.

From the sublimity and beauty of Ramanujan, you fall many miles to Audrey Truschke, who first shot into the limelight by stating that Sita, the wife of the beloved Hindu god, Rama, calls him a “misogynist pig and uncouth.”  She mischievously and erroneously cited a translation of the Ramayana by the great scholar, Professor Robert Goldman of the University of California at Berkeley, to support her own lurid translation. Goldman refuted her and called her out:

“I find it extremely disturbing but perhaps not unexpected to learn that AT (Audrey Truschke) has used such inappropriate language and passed it off as coming from Valmiki. Neither the great poet nor we used such a vulgar diction and certainly Sita would never have used such language to her husband even in the midst of emotional distress. Nowhere in our translation of the passage do we use words you mention AT is using… she is in no way quoting our translation but giving her own reading of the passage in her own highly inappropriate language.”

The conference is predicated on an essentialization: the Hinduness of the Hindus; (also, on the Indianness of the Indians, the inherent backwardness of the backward Hindus).  But the Hindus have resisted, and provided a counter-articulation to the centuries’ old bullying, and badgering, and misrepresentations. A most sought for outcome of endeavours such as this conference is the galvanizing of Hindus into uniting. Eventually, the Sanatana Dharma will survive these slings and arrows, and stay strong: for it does not convert, it does not proselytize, and it has no hard and fast rules. It regards the peoples of the world as one large family, the Vasudaiva Kutumbakam (we are all of the family of the god Vasudeva); and it relies on magnificent and abiding truths such as:

There is but one Truth; the wise speak of it in many ways.

Hindus have resisted hard-left politics and the contagion of its bullies and their questionable behaviour. And, finally, after the unspeakable brutalization unleashed on them by invaders, they gravitate towards a collective capacity to speak and treasure the miraculous beauty, wisdom, and strength of their dharma.﻿"

The author is a Distinguished Fellow at Carnegie Mellon University since 1990, and advises world leaders on public policy, communication, and international affairs. The views expressed are personal.

You are welcome to write your thinking

Jaipal Datta
I am studying methods to achieve a new sustainable welfare world without conflict. In addition, I am analyzing theoretical and empirical potential benefits of the multipolar and unipolar systems for world peace. I dream unipolar world without any boundaries of territory, culture, and religion. Does Hindutva invoke hatred?