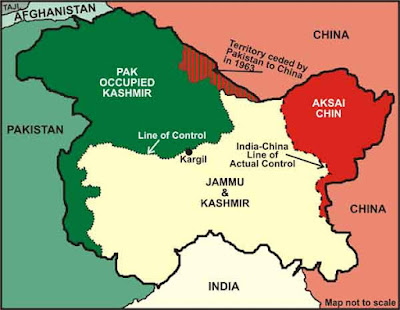 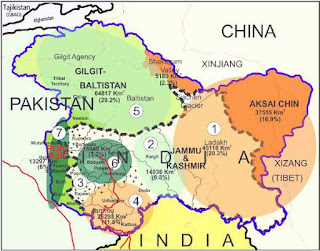 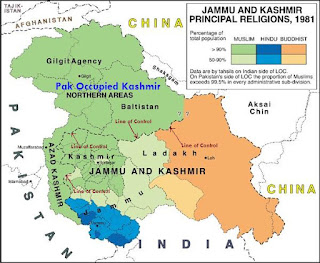 Assumptions
Democracy is a better method of governance.
Nonviolence should be adopted as means to achieve the goal. This implies zero tolerance for violence.
Peace brings prosperity.
United Nations, the US, Russia, and China, three veto powers involved geographically,  are responsible for destruction and prosperity in Kashmir.
I am trying to find a solution on their behalf.

"India was approached not only by Raja Hari Singh but by the largest population of Kashmir informs" Nitin A Gokhale.

Kashmir Governor speaking about fear in Kashmir. "Nothing will happen as per the information given to me," Satyapal Malik speaking. Kashmir as per Aar Paar News 18 India

The tweet of Pankaj Pachauri is filled with many Kashmiri Pandits tweets. These explain what happened when Kashmiri Pandits had to leave Kashmir within short notice. So much was the fear of Muslim religious fundamentalists. Record of Kashmiri pandits fears explained. Kashmiri Pandit wrote poetry that we lived like this fear, and you are now fearing. Kashmiri Pandit Geetika Swami writes that Pandits were given three choices leave, die or convert. Amit Shah in action.

4 August 2019 - Fear created in Kashmir, and political Kashmiri leaders are worried about what to do? We all are expecting very serious to happen in Kashmir. Media creating rhetoric in Kashmir.

Pak tried to infiltrate, and 5 terrorists trained by Pakistan were killed.

Syed Ali Geelani on Twitter informing all Muslims that Muslims of Kashmir are threatened by India and India may genocide all Kashmiri Muslims.

Mufti Mehbooba fearing for her life.

6,00,000 Kashmiri Pandits were forced to leave as per the report. New News
A.K. Misra writes about certain facts on Facebook and informs terrorists killed 36 people.

Posted on a Facebook solution on 5 August 2019 NZT 8:20 hrs.
India is on the warpath in Kashmir. Mehbooba and Abdullah - leaders of Kashmir are afraid of corrupt practices committed by them. Geelani has kept many illegal properties earned by terrorist activities as per the reports. Will Modi and Shah take some action in India? How will Kashmiri Muslims react? How will Pakistan act? Why are many Indian armed forces dispatched to Kashmir?
It may be Modi's trigger point before 15 August 2019. Elections are expected soon in Kashmir. Strong action is expected. Mehbooba said that any hand that touches article 35A must be burnt with the body of hand, and India will be in the fire. Leaders of Kashmir are under pressure as Kashmiri Pandits faced many years before.
Modi will take action. Will Kashmiri people accept Modi? I believe Kashmir is changing. Prevention of corruption act is not included in Kashmir due to articles 370 and 35A. Kashmiri women are not free in Kashmir as others women in the Muslim' s world due to these illegal articles. Kashmiri Pandits were terrorized, and fear psychosis was created. Pandits were compelled to leave Kashmir. Around 500,000 workers working in Kashmir for 70 years are not treated as Kashmiri, and they do not have civil rights. Children of these workers are not able to get jobs in Kashmir. Their children could not study in Kashmir. They do not have human rights. 3% of Hindus could not stay in Kashmir as Pandits were threatened: leave, die or change your religion.
It may now be fear psychosis in Kashmir for Kashmiri leaders who were recently defeated in the Kashmir elections. Words like lyinchingstan are used for Modi.
This is because India sent forces to stop Pakistani infiltration of terrorists. Mehbooba is creating rhetoric of fire. Modi informed the Indian people on "Man Ki Baat" that India wants to remove corrupt practices in Kashmir and free the people of Kashmir from corrupt leaders. Elections will be held soon in Kashmir. Religious terrorists are to be treated as terrorists. Pakistan has added religious terror in Pakistan.
Detail of Jammu and Kashmir - 3 hours of Video. It is a good video. In one hour, he explained from 1947 - Mountbetton to 31-12 1948 LOC in J&K. How Harisnh was under pressure to sign and political conditions at that time. British Army was in Pakistan as well as in India. [1:02:25].
The legal part explained about constitution after 1:02:25.
Sheikh Abdulla became a controlling person. Sheik Abdullah signed Delhi Accord. 4 persons became members of parliament. Afzel Beg and Abdullah, Bagra, Muslim, joined and agreed to sign and plebiscites. Constitution was signed by good understanding. This article of 306A and in final it became 370. 370 is a complicated article. Chapter 21 was created, which was a temporary and transitional provision.13th amendment of Nagaland 370 -1. was created. Nehru created it. Temporary transitional and special provision. 370 has 4 clauses. 370-1 article 238 will not be applicable on JK. States were of 4 types. A,B,C,D. Article 7 was deleted in 1957, which deletes the validity of JK etc.[1:27]. 370 explained in detail. 1:27 to 1:40 is very important to understand the constitution. India was united with 565 kingdoms. Uniting 565 kingdoms was not easy.1:36:57 is to hear to understand Amit Shah. AG Noorani speaks {1:36}.1957 sanvidhan sabha khatam ho gayi. The Constitution assembly went in 1957. 1:41 onwards JK constitution assembly made 26-11-1956 JK constitution signed. 1953 JK Abdullah wanted to change. Karan singh was made Sadere Riyasat. 1953 SA was replaced. SA wanted to bargain. Karan Singh dismissed SA on behalf of Karan Singh. 1953-1975 center only governed JK. SA did not want to change demography. Nehru was liberal. Delhi Agreement 1952 agreed to agree to create JK with India. Nehru accepted some pressure. Presidential order JK (1954) was created 370-1. The main point was 35A, now Amit shah deleted. 35A was never entered into the constitution. 34 is only applicable for Marshall Law. After 2:01, Nehru understood idealist will not work.
Article 3, 5, and 8 of the JK constitution informs that JK is part and parcel of India. Article 6 to 10 is also informed. Governor rule was for 6 months. 24 seats of JK belong to POK, which are not part. 1959 Nehru applied to JK. JK election can be by Indian JK. 1964 -65 -66 Shashti signed many changes. 1965 Chief Minister and Governor made. 1964 of Indian constitution is same as of JK. After the 1965 war, Pak was defeated. 1966 Indira Gandhi came. 1962-67 economy was spoiled. Indira victorious. 1971 pre-election was done. Indira Gandhi changed Bank nationalization. The election is victorious. She passed many changes in the constitution which could not be done. All benefits to Kingdoms were changed. All Kings changed. Kings palaces become Hotels because Kings lost the privy purses of Kings. 1975 SA became PM of JK 1982 was Pm.
Rajeev Gandhi and Farooq Abdulla election 1987. 1986 se terrorist activities came.[2:22] onwards terrorist details are mentioned. From 2001 onwards things started improving. Autonomy resolution was asked 1953 wanted and 1954 details. why required.[2:23]. 5 August 2019 details he stated. He is explaining the judiciary part of the Supreme Court.
[2;51] onwards Article 118, 122, and 255 are resolutions that shall save the article.
35A is gone. Resolution 1 and 2 were passed under 370-1. Sansad = Vidhan Sabha =
370 all provisions of India shall apply to JK. Notwithstanding / Subject to are two important words.[2;54] onwards - to listen. Article 152, 308, 363 are important. 143 asks consultation from Supreme court is also abolished.[2:52 - 58]. The last 10 minutes are significant. Sikkim was also annexed.
A solution to the Kashmir problem is
1. Democracy is more powerful than other systems adopted by J&K.
2.0 Trifurcate J&K as Yugoslavia broke into many nations. In the same way, Jammu and Kashmir are divided into Jammu, Laddakh, and Kashmir states. Kasmir is to be divided into POK, IOK, and COK.
3.0 Abolish articles 35A and 370.
Result will be
Pakistan will be divided.
Jaipal Singh Datta
5 August 2019 8:19hrs NZT
https://unnwo.blogspot.com/2019/06/kashmir-problem-and-solution.html
6.0 UN thinks solution can be with good behavior.

7.0 27 January 2020 Professor Dr. Hari Om of Jammu University Political Science explains the effect of abrogation of article 370 after 6-7 months.
Atal Speaks about Pakistan. Kashmir can not be taken by Pakistan.
https://www.youtube.com/watch?v=97Cr5OBkjDc

Posted by Jaipal Datta at 18:13 No comments: