The wire reports on 12 October 2021 "Two mosques in Srinagar on Friday, October 8, in pre-namaz sermons requested the public to desist from any action that is likely to cause or aggravate fear among Kashmiri Pandit residents living locally.

The call has been applauded by Kashmiri Pandit Sangharsh Samiti (KPSS). There are around 800 Pandit families living in the Valley". https://thewire.in/security/two-srinagar-mosques-call-on-public-to-protect-pandits-restore-minorities-confidence 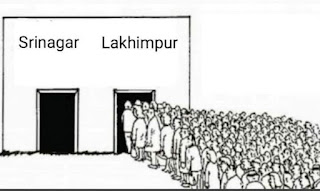 https://twitter.com/KiranKS/status/1447062095128760325
10 October 2021
Chairman of Peoples conference said "Peoples Conference Chairman Sajjad Gani Lone on Saturday said the spate of attacks on Kashmir was a deliberate attempt of othering the majority community in the union territory and identifying it with the savagery that a lunatic fringe is indulging in.
Lone, who has condemned the attack on minorities, said the Jammu and Kashmir administration does not have the luxury of resorting to a randomized response."  https://www.risingkashmir.com/-Recent-attacks-attempt-to-other-majority-community--Lone-93248
Baig said the same. https://www.risingkashmir.com/-Recent-killings-in-Kashmir-a--foul-design--to-scare-minorities-out-of-valley--Baig-93247
https://twitter.com/RisingKashmir/status/1447009149238185987
9 October 2021 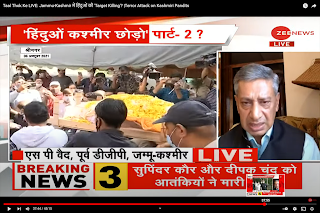 BBC informs
Did India put the UN proposals on the Kashmir issue on the table? - BBC News Hindi

but in the 1950s, India distanced itself from it, saying that the Pakistani army did not completely leave the state and that the status of an Indian state of the territory was settled with the elections held there. 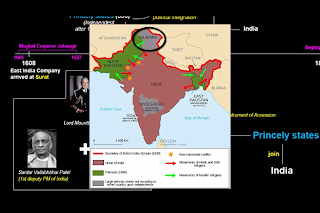 In this video we ll learn everything about the history of Jammu and Kashmir in depth, it’s religious distribution, what was the role of British, the political uprising in the state, and how it acquired its modern shape, and despite all effort it did not develop into a fully coherent identity. We ll also learn how #article370 and #article35a came into existence. Many of you must be aware that article 370 gave special status to the state of Jammu and Kashmir giving the Indian Parliament authority only over external affairs, defense, communication, and the currency. So there is a lot of thing we ll learn and cover in this video. So sit tight, and let’s begin. "Jammu and Kashmir - Every thing | History Religion Politics Article 370 | Current Affairs UPSC, GK" 5 October 2019 Amit Sen Gupta.
https://www.youtube.com/watch?v=YzUNJiyS3rk
26 September 2021
Imran Khan speaks on the Kashmir issue and Islamophobia. But Modi talked about international problems of terrorism and Sea route of China.
https://www.facebook.com/Vedicteacher/posts/4564047890341519
https://www.facebook.com/Vedicteacher/posts/4564026647010310
15 September 2021
BBC NEWS on 1965 war between India and Pakistan 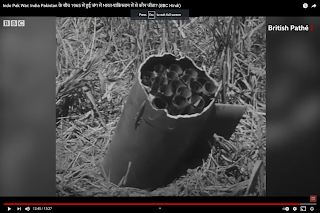 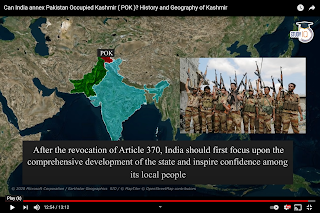 If India intrudes into POK, then there are chances war starts between India, Pakistan, and China. Militarily India cannot occupy POK. India can create a government of POK and persons can be selected in Parliament. Pakistan has donated land to China.
https://www.youtube.com/watch?v=SKCDCeZa2sA 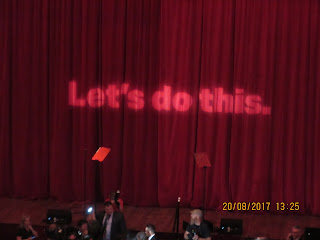 Kashmir's interview on 31 October 2019 by Aaj Tak.
Satyapal Malik talking about Jamaat as an organization supporting Mufti Mehbooba and terrorists. He informed me that Jamaat is the main culprit. (10:00).

Quint informs how now the change is occurring in J&K and Ladakh. ABP announces how R.K. Mathur has taken the oath of Lt. Governor of Ladakh.

BBC informs about Ladakh's first day. Kargil is demographically Muslim and is opposing the Ladakh UT merger. BBC informs about Kashmir on 1 November 2019 as J&K is now UT. Indian criminal act will be applied.

Kashmir discussed in Lallantop (37:00). Till there is Gunpower, no Kashmiri Pandits can go back. Kashmir's problem after 370 and around 5-6 months is still not resolved. The problem is discussed, and the problem of Hindus and Muslims is discussed. Be very careful whom to follow.

Details of Kashmiri Pandits moving out of Kashmir. 19 January 1990.
With all the best wishes
Jaipal Datta
Times now informs about the history of Kashmir since 500 years
https://www.youtube.com/watch?v=6SuNPI6Y6K8
https://twitter.com/TimesNow/status/1189410734121242624
Posted by Jaipal Datta at 19:45 No comments: