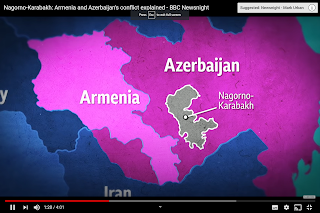 "Our World: Who won the Karabakh War?" our 23 min documentary on the aftermath of last year's Azerbaijan - Armenia war is now on... @bbciplayer  (UK only) https://bbc.co.uk/iplayer/episode/m000try1/our-world-who-won-the-karabakh-war…

Seeds of war between Christians and Muslims are being sown. Listen TV9 Bharatvarsh

Afghan, Syrian and Pakistani terrorists are being used in Azerbaijan. Turkey is supporting Azerbaijan. Pakistan is sending its old Chinese weapons to Azerbaijan. Drones supplied by Turkey and Israel are being used by Azerbaijan. Till now, weapons were being sold without considering religion. Slowly religion may take over. France has already warned Turkey. France and Russia are already against Turkey in Libya. 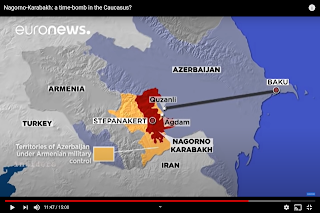 Posted by Jaipal Datta at 09:27 No comments: