Summary of the proposed thesis

How the proposed topic relates to one (or more) pillars of New Zealand's countering terrorism and violent extremism strategy?

If applicable, how the proposed topic relates to one (or more) of the identified research areas?

If applicable, the nature of any proposed consultation on the research with a relevant NZ government agency.

Posted by Jaipal Datta at 09:53 No comments: 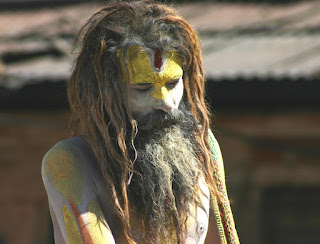 Posted by Jaipal Datta at 08:55 No comments:

17 November 2021
What is white-collar terrorism? 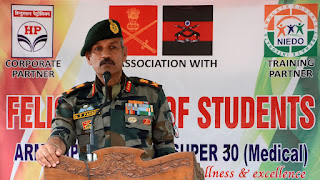 Srinagar: Stating that the Army has won the trust of the people of Kashmir, General Officer Commanding 15 Corps, Lt General D P Pandey on Tuesday said that they won’t allow “white-collar terrorism” to prevail in the Union Territory of Jammu and Kashmir.

“Dr Mudasir operating a fake unauthorized call centre was one such white-collar terrorist,” he said. “People who act behind (earning money, status, great jobs for their own families and children) to recruit and fund terrorism in Kashmir should be questioned by our people,” he said.

Dr. Mudasir was one among four persons killed during an encounter in the Hyderpora area of Srinagar on Monday late night. Police have said that Mudasir was an Over Ground Worker (OGW) of militants.

The senior Army General said that the people of Kashmir have complete confidence in the armed forces. "We need nothing more than to win the hearts of the people here,” he said.

"The people of J&K have understood our aim and they have full confidence in us. We have won the trust of the people of Kashmir," he said. 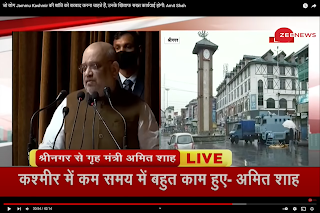 Union Home Minister Amit Shah who is on a 3-day visit to Jammu and Kashmir spoke of the youth's role in the development of Jammu and Kashmir. "...Terrorism has reduced, stone pelting has become invisible and ...I want to assure you that strict action will be taken against those who want to ruin the peace of J&K, no one can obstruct development here," he said.

Read the interview of Sajjad Lone by Karan Thapar. Sajjad informs some vital points to minimize conflict and terrorism. https://www.facebook.com/Vedicteacher/posts/4651939568219017

BJP spokesperson Brigadier Anil Gupta (R) @BrigadierAnil ) says - "As long as there is a single gun in Kashmir, terrorism will remain" Kashmiri activist @majidhyderi  hits out at Lieutenant Governor of Jammu and Kashmir Manoj Sinha. Listen in! #IndiaFirst @gauravcsawant Removal of terrorism may take time.

After the abrogation of article 370 stone pelting has gone down, rhetoric announcements from Mosques decreased, street violence is not visible, Covid 19 was best managed in Kashmir, low budget tourists started coming, people started living a natural life. Who was affected? People supporting Pakistan, hooliganism, etc are affected. These people do not like peace as they lose their earning points. Hybrid terrorists are now attracted. These terrorists are very a few and there was a process to create fear and polarize the society. It creates inconvenience to the public, while lot of checking and searches on roads and houses may take place. So polarization, inconvenience, fear are the main purpose of terrorists. 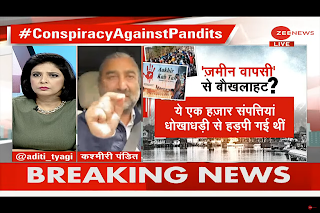 Elliot Weir reports on 9 August 2021 in critic.co.nz "We know from the past that extremist individuals and groups with ideologies that seem almost implausibly hateful can and do take power. We don’t learn as much from history as we should. This means that we have to remain vigilant to prevent hate from gaining power, but it also means that real radical positive change is within the realm of possibility, we just have to work for it."     https://www.critic.co.nz/columns/article/9608/guest-editorial-i-spent-six-months-undercover-in-a

The March 15 attacks were a "watershed moment in New Zealand" and have increased the risk of extremist activity, University of Auckland's Dr. Chris Wilson said. https://www.nzherald.co.nz/nz/counter-terrorism-hui-in-christchurch-twitter-slammed-for-failing-to-act-on-neo-nazi-group-recruiting-on-its-site/4MTU6BYP7LKM2F6DSFMXNCXZ6I/?

Tier 1 means users can't praise a group even for non-violent activities. Hate is defined as “repeatedly dehumanizing or advocating for harm against” people with protected characteristics. October 13, 2021.  https://twitter.com/Chris___Wilson/status/1448043381096009728

My blogs on Kashmir

Read Guardian Kashmir: Labour shifts policy after backlash by Indian-heritage voters | Labour | The Guardian Lavery promises "the Labour party will not take a pro Indian or pro Pakistan stance on Kashmir. The former UK national security advisor Mark Lyall Grant thinks that ISI (Pakistan Intelligence Services) must not consider that increasing terrorism Kashmir can be occupied. There are 8 million Muslims in Kashmir and 6 million Hindus in Jammu.

Posted by Jaipal Datta at 20:35 No comments:

Posted by Jaipal Datta at 11:37 No comments:

Posted by Jaipal Datta at 11:37 No comments: