Does Hinduism or Hindutva incubate hatred ? 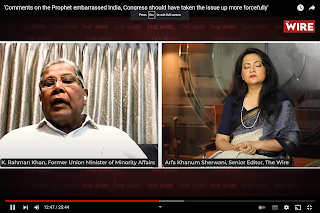 There are 2 billion Muslims in the world. Delhi Police arrested Nupur Sharma and Jindal for using violent words against Mohammad. Wire thinks that Congress did not use this opportunity to defame BJP. The Secretary of the US also criticized India. With this India can not be Vishwa Guru. Wire quotes. Muslims are living in India under the tension of 22 crores Muslims are realizing this for eight years. Congress party should come forward to save this vital issue. Hindutvawadi people and Hijab issue - how do south India look to it? BJP is polarizing the issue including in Karnataka. Hijab issue has been given extra importance. Halal issue is already raised. Why did Congress party not able to utilize these issues? Congress party has decided and a declaration was issued after Chintan discussion in Congress.

Arfa Khanum Sherwani putting the words in his mouth about genocide. Sherwani is of the opinion that India is moving towards genocide and it is very bad. Bajrang Dal's actions cannot be taken so lightly.

One of young person who recently (around four yeas before) migrated to New Zealand from Pathankot told me that India is leading toward riots before 2024. Normally I observe that persons from states of India, which are not governed by BJP, do not accept the policies of BJP and criticize Modi. 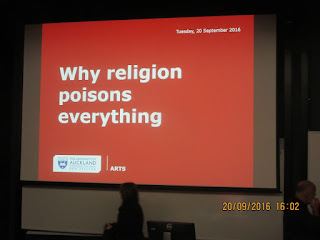 "The "diasporization" of Hindu nationalism has developed parallel to a shift in emphasis from a land-oriented ethnoreligious identity to a deterritorialized, global ideology. But this transformation is more natural than it seems. In fact, it reflects a key dimension of the traditional xenology of India (Halbfass 1990)" Jaffrelot. In simple language, it means Hindus believe in Vasudhaive Kutumbakam (the world is one family and we all are from the same placenta.

Does Hindutva incubate/evoke hatred against others? Does any word blasphemy exist in Hindu culture? Do Hindus believe in proselytism?

Posted by Jaipal Datta at 23:12 No comments:

Jaipal Datta
I am studying methods to achieve a new sustainable welfare world without conflict. In addition, I am analyzing theoretical and empirical potential benefits of the multipolar and unipolar systems for world peace. I dream unipolar world without any boundaries of territory, culture, and religion. Does Hindutva invoke hatred?