'Happiness is when what you think, what you say, and what you do are in harmony' (Mahatma Gandhi)

"Does Hindutva cause Islamophobia?"
1. Who are Hindus?
2. What is Hinduism?
3. What is Hindutva?
4. What are Nationalism? and ethnic nationalism?
5. How do national politics affect the international diaspora?
6. Will there be a conflict between Hindus and other communities from the Indian diaspora in New Zealand? How does the literature inform regarding this in Europe and US?
7. How much it is widespread?
8. What groups exist in India? and in New Zealand associated with it?
9. What do they hope to achieve?
A. Minutes talk
A-1. What is the problem?
A-2. Why is the problem important?
A-3. What is the expected/aspired contribution of this research?
B. Literature review
Theoretical framework sections
27 April 2022
"A leader should unite the people for constructive jobs in the interests of the people and nation. Foreign rulers should divide the subjects to rule and keep subjects involved in their selfish interests. This is the main theory of politics" JSD. Modi is following my theory. People who are against humanity infuse ideas of division. This may be in form of religion, castes, gender, race, or territory. We are living in a different time of history. Media and the internet changed the ground to communicate to unite and divide.
अगर हम नारायण गुरुजी के आह्वान को समझें, तो पाएंगे कि उनके संदेशों से आत्मनिर्भर भारत का भी मार्ग बनता है। हम सभी की एक ही जाति है- भारतीयता। हम सभी का एक ही धर्म है- सेवाधर्म, अपने कर्तव्यों का पालन। हम सभी का एक ही ईश्वर है- भारत मां की 130 करोड़ से अधिक संतानें: पीएम
https://www.youtube.com/watch?v=7EJ4APJ7HPc
23 April 2022 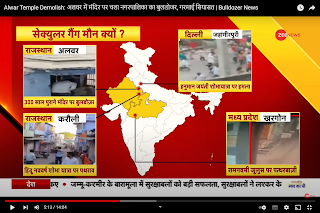 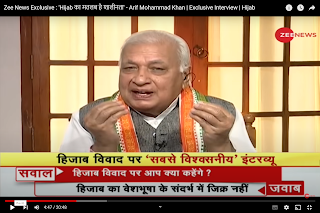 Kerala Governor, Arif Mohammad Khan spoke candidly to Zee News on the Hijab controversy. In the interview, Arif Mohammad Khan talks about these issues - Whose 'interest' are hidden in the Hijab controversy? Who are the people who cover the 'smile' with the hijab? What is Arif Mohammad Khan's thinking about the uproar in the entire country on Hijab, see in this interview.
https://www.youtube.com/watch?v=NOM1fxi9-Ik
28 January 2019
Shah Bao case explained by Arif Mohamad Khan to NDTV anchor that Prime Minister of India at that time P.V.Narsimha Rao told that if Muslims wants to remain in the gutter (gutter), then why Arif Khan is opposing. We are in politics. We are not social workers (Samaj Sudharak). At that time Congress and parliament reverted the Supreme court verdict specifying that Shah Bano must get money from her husband, as her husband disowned her by saying verbally three-time "talaaq, talaaq, talaaq". Not only Narshimah Rao but Arun Singh, Arun Nehru, Fotedar, PV Narsimha Rao (experienced old stalwart of Congress) requested that when shah bano has withdrawn her case, then why are you resisting. He cited the example of Birbal and Baingan. tried their best that Kahan withdraws his resignation. It was a Muslim appeasement policy by Congress. Modi passed this bill immediately after his winning majority in 2019 elections. Muslim minister resigned for Muslim appeasement.
Rigidity, fundamentalism, and conservatism is eating Muslims as white ants (18:00). If you speak lie at home, your child shall also tell a lie. Quran does not tell you that do not blame others for your problem.
Muslim opposed english teaching / Deoband said that do not learn modern technology. 4% Muslim control Masjid. For Deobandi Barailvies are kafir, For Barelvi Deobandi is kafir, For both hadies are Kafirand for them Shia 's are Kafir , all four posted Ahmadiyas. So there is no tolerance in Muslim community. As a journalist, you can not put words in to my mouth. This intolerance cane from what, what will be the result of it. I am Quran follower. I cannot fight for that. I should be usedfuil for the society.
Sai Baba was a son of Muslim, who worked for the society and Indina Hindus worship him as God. Indian Hindus who serves society call him God. Muslims should improve its working. It was interview of Arfa Khanam Sherwani - NDTV anchoe opposing Modi and Hindutva. https://www.youtube.com/watch?v=y18jUF1lWXU 28 June 2019 Wire
Posted by Jaipal Datta at 11:08

You are welcome to write your thinking